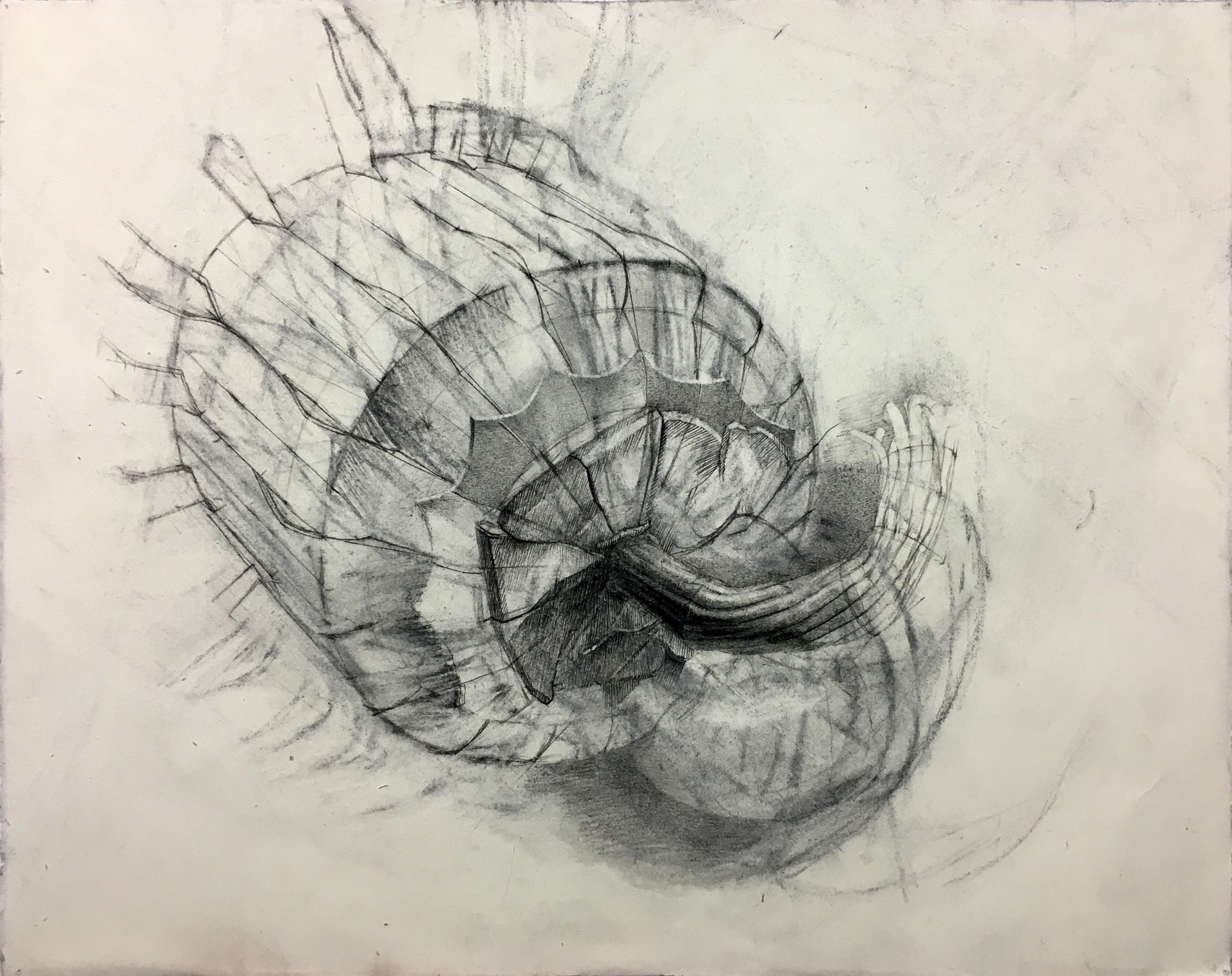 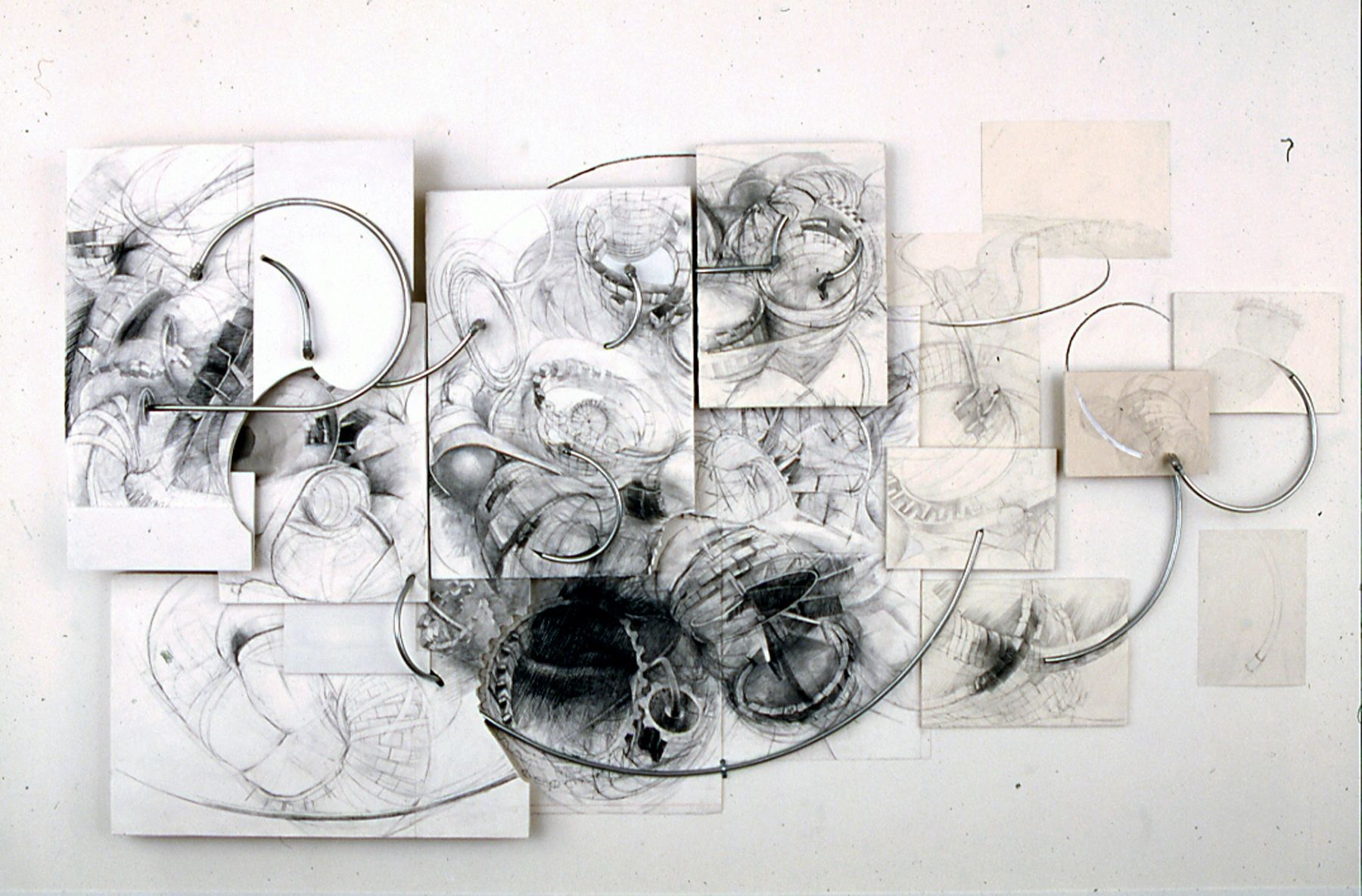 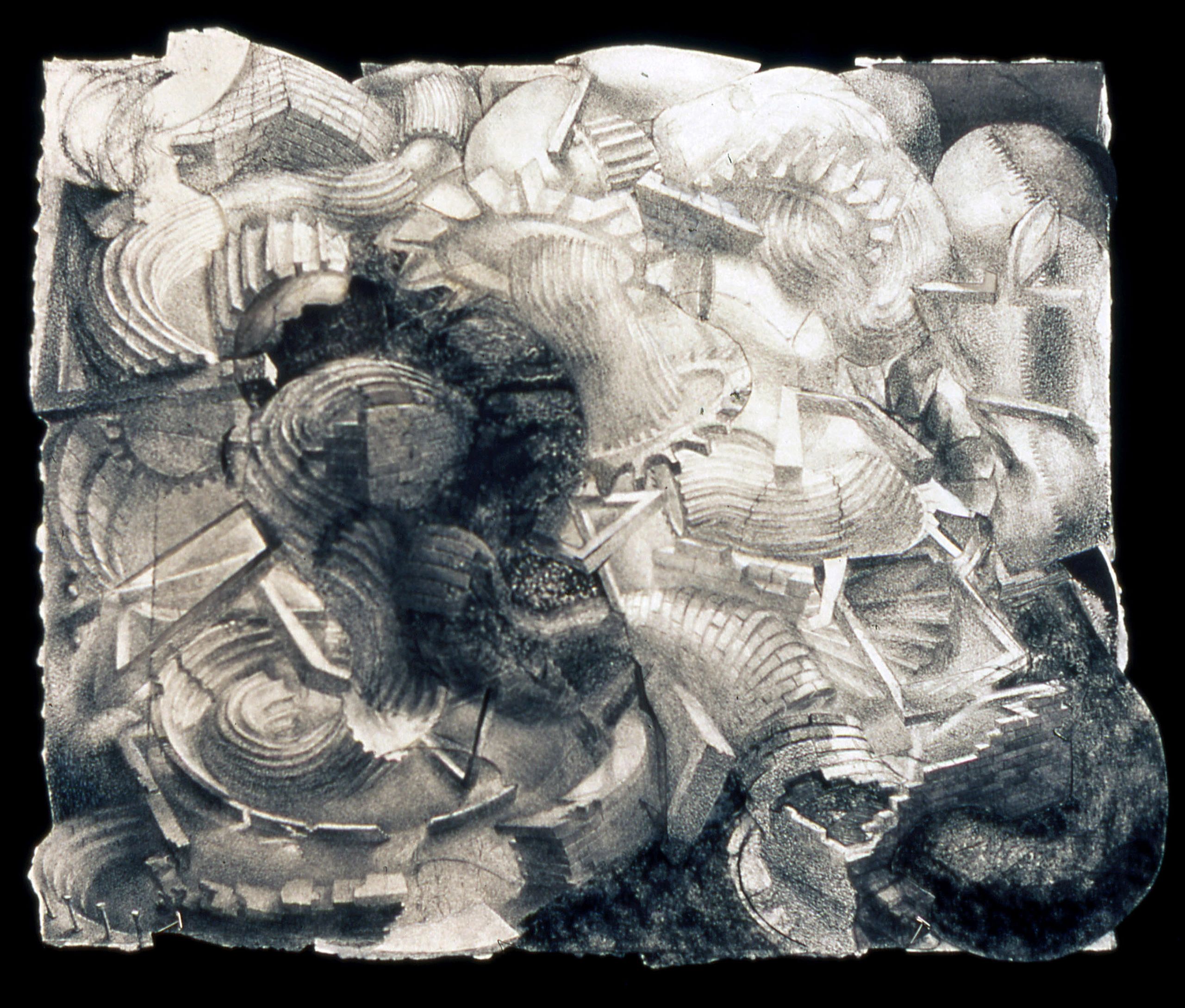 These drawings began after a very frustrating experience in which a sculpture I was working on shattered into pieces. Despondent, I vowed to shift my creative process to one of simplicity and confidence. I unrolled big sheets of drawing paper onto the studio wall and began to make drawings as my primary mode of expression for the next decade. In these drawings architecture is employed as a metaphor for the human body. Water towers convey water to a community through unseen pipes, much like a vascular system distributes blood throughout a body. Like the Greek myth of the sculptor Pygmalion whose marble sculpture came to life, I aimed to transform these architectural remnants into living things. Inspired by the Deluge drawings by the 16th century Italian painter Jacopo di Pontormo, I made compositions that explore bodies in dynamic physical interaction. The forms writhe and twist like vines or lovers, and press against each other and entwine in a responsive manner. Instead of completing every form to the same degree of refinement, I deliberately left some forms in a gestural state. I wanted to highlight the process of drawing as an act of transformation and show the viewer early and later stages of development within the same picture. Like an architect or sculptor, I build these forms piece by piece. While an architect requires static and stable form, these drawings teeter on the precipice between building and entropy.