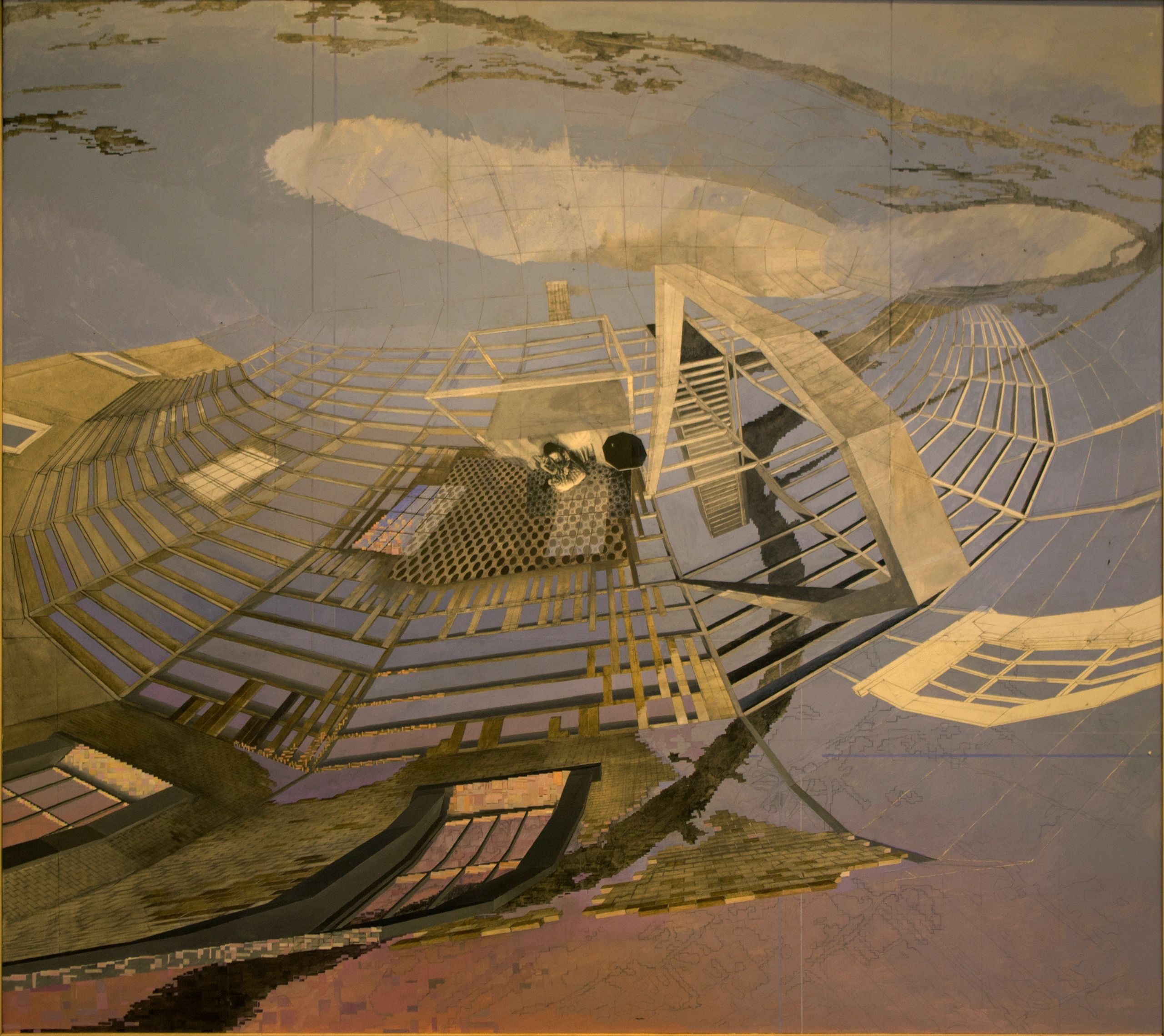 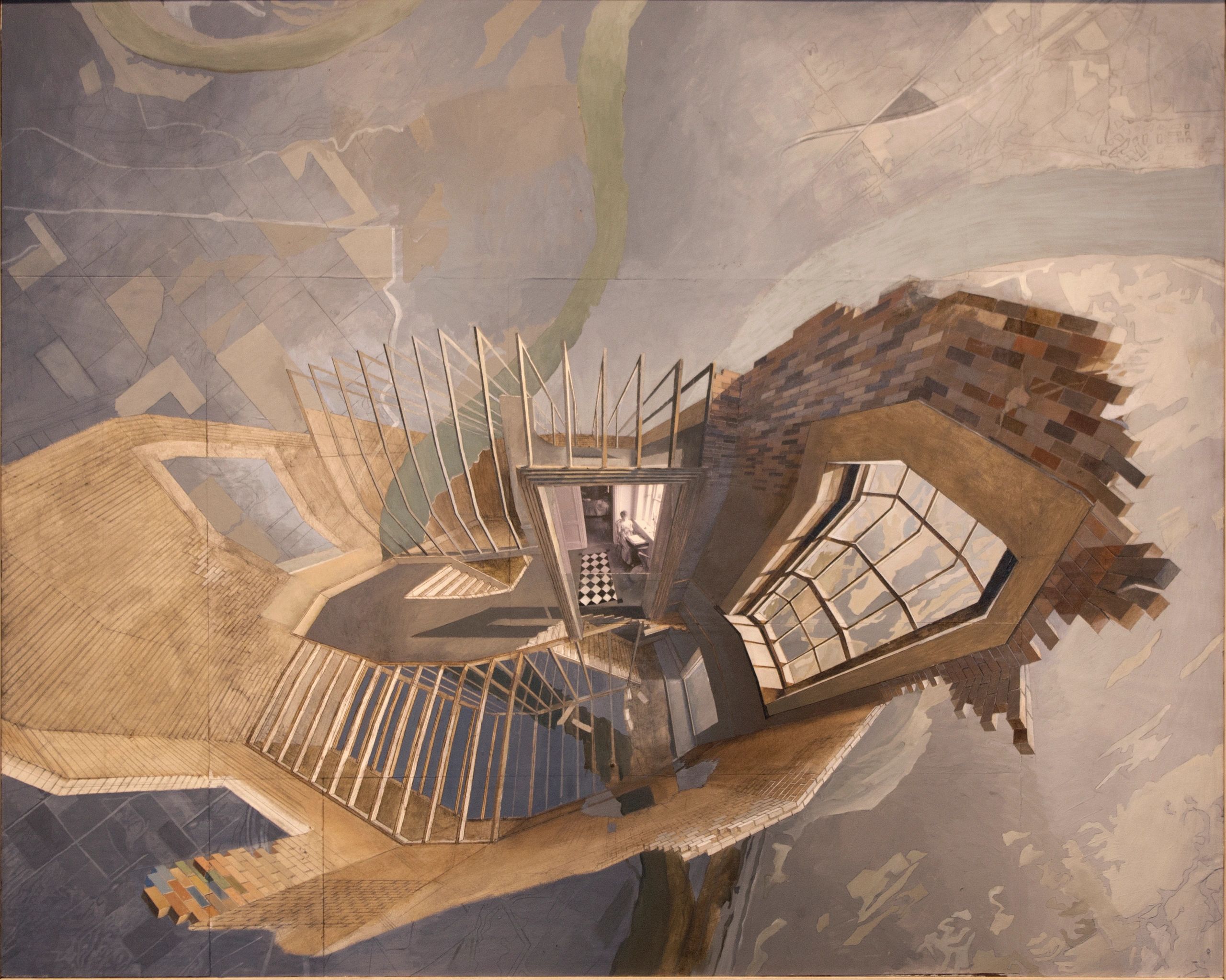 "Real space magically warps revealing structures and interiors not seen. As the inert structures animate the living spaces become 'living spaces.' Ordinary home architecture begins to suggest metonymy and metaphor. Family plays crucial roles as sacred representations of life's significance. Timespace unfolds as one meets herself across history. Books signify microcosm tesseracts that echo throughout the home., itself a hand-built tesseract which echoes into the night sky's own tesseracts of stellar constellations. The sacred geometries of the night sky shine from the heavens illuminating the quotidian American Camelot."        - Rusty Freeman, Curator Mitchell Museum 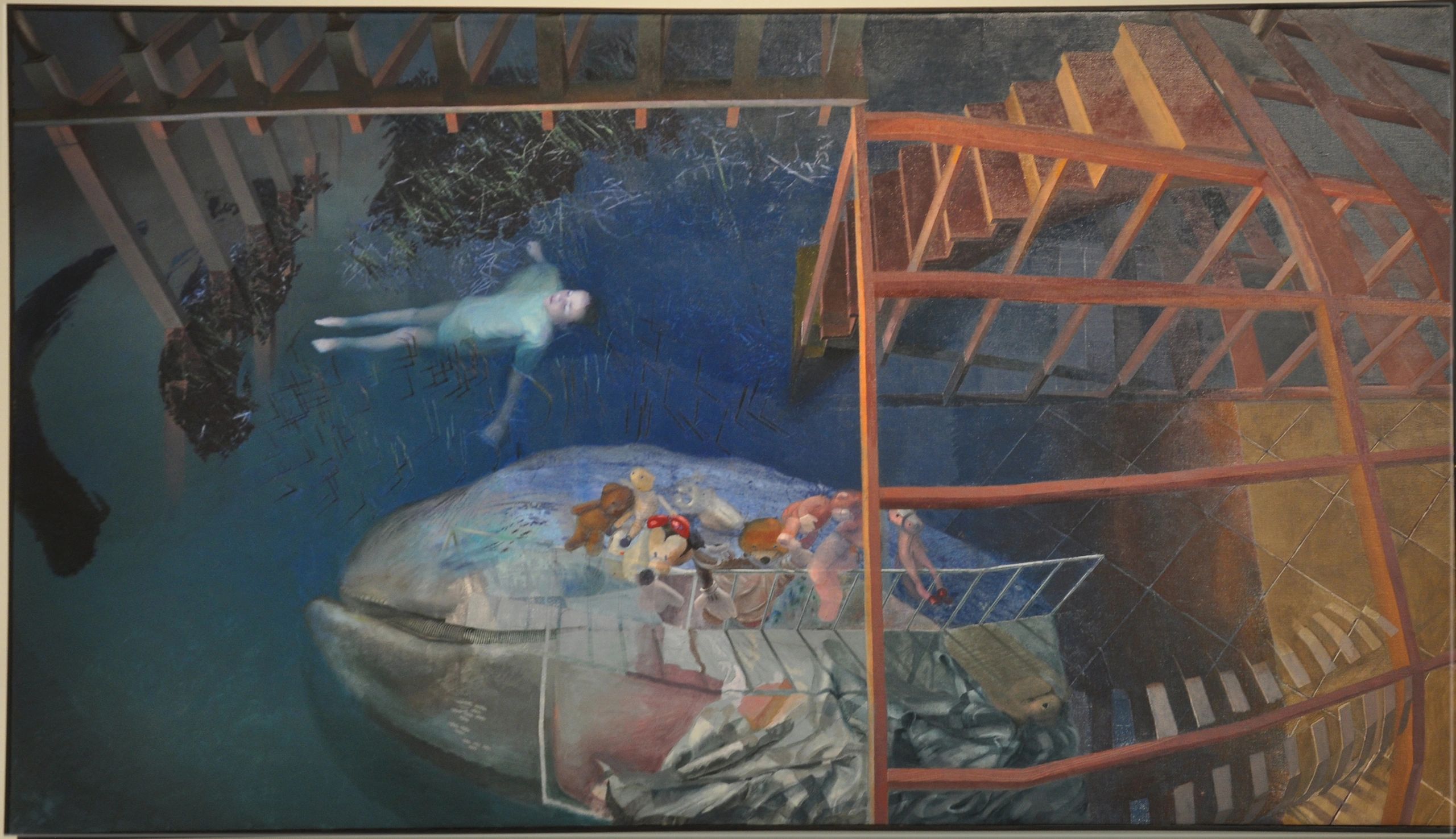 Young Ophelia in a salt marsh

“If I were asked to name the chief benefit of the house, I should say: the house  shelters day-dreaming, the house protects the dreamer, the house allows one to  dream in peace.”     -Gaston Bachelard

These paintings juxtapose the home with the larger world. They also explore the integration of and distinctions between photography and  painting. Photographs serve as the germ of each work, keying in the light and vantage point. The painting, meanwhile, is the mutable context that resituates the captured moment  into a new reality. A photo takes less than a second while the painting often requires  hundreds of hours. The bird's eye view, once thought of as God's eye view, serves as the long  perspective in time and space. These buildings are based on existing ones. Though real places, they are invented determinations of what is revealed and  what is removed. Architecture is an animating force, simultaneously being built and deconstructed. Measurement and change is a preoccupation in my process. Like other systems of growth, the building’s expansion and morphing are influenced by a series of variable conditions. Conflating domestic and global spaces serve metaphorically as the simultaneous communities of near and far, present and future.